Synchronicity is the strangest thing. It's very easy for skeptics to dismiss it as coincidence, but I've never quite been able to think that. On Friday afternoon, I received a phone call from the husband of one of my oldest friends in response to a text message I'd just sent, to let me know she could no longer respond, and the end could be any time. The next morning, while out with Dragon Dad, I read an article in The Sydney Morning Herald by regular columnist Julia Baird - which you can read HERE. Baird writes poignantly of her experience of cancer, being a woman diagnosed with cancer whose children aren't yet grown, and has a message that's all too important that we all need to take on board and honour those we've lost by living;


When I came out of the hospital, everyone suddenly seemed consumed with irrelevant, foolish, temporal worries. Reading the fine print of your mortality is a great sifter of rubbish. I frowned at the complaints posted on social media when I was recovering — people who had the flu, were annoyed by politicians, burdened by work, or who were juggling jobs and children — and wanted to scream: BUT YOU ARE ALIVE!!!! Alive! Each day is a glory, especially if upright and able to move with ease, without pain.

I want to qualify the last sentence from the perspective of living with chronic disease - some days I can't move with ease, I'm not upright, and I'm not without pain, BUT, I AM STILL ALIVE!!!

My dear friend Lizzie Clarkson Akeley is not. She lost her fight yesterday afternoon, eight months after being diagnosed with ovarian cancer. 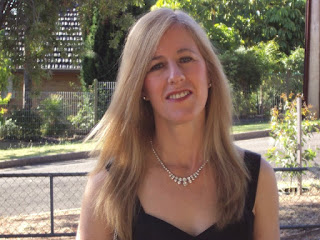 Lizzie was a year older than me, but we met in first year at the Elder Conservatorium, University of Adelaide. She had spent the previous year on exchange in Germany - an experience I envied. We were the only female first year students playing brass instruments, in a heavily male dominated group - she played trombone, and I played French horn. There were two other girls the year ahead of us, who both played horn. I was always a bit socially awkward, especially in that very male environment but Lizzie had - as a mutual friend said yesterday - a breezy way with her that seemed to carry her through all sorts of social situations with ease.

While I pulled out of the degree at the end of second year for a range of different reasons, Lizzie finished it and went on to qualify as a teacher. With another of our uni mates, she ended up in the South Australian riverland region, teaching music at high schools in a number of small towns. I was away from Adelaide for almost two years, but came back for a mutual friend's wedding, and caught up with her there, and then picked up the friendship when I returned after my marriage failed. That was a period of time when our uni crowd seemed to spend a lot more time together - I have a lovely collection of photographs of a number of gatherings, where we caught up and compared notes on burgeoning careers.

Lizzie was one of the first of us to go further afield. Her parents had been Christian missionaries, and she headed to Youth with a Mission in Montana, USA, to join their mission planting churches in various countries around the world. She met and married Corey there and they went on to live in some crazy places. Their first child, Sarah, was born in Greece - that being Lizzie's better option, given they were living in Albania at the time!

Eventually, they moved back to Adelaide to spend more time with family. Sadly, Lizzie's father was diagnosed with Alzheimers, and for many years they cared for him as he deteriorated, succumbing in the end to complications of the disease. By then, I'd moved back to Sydney - my hometown - so flew back for the funeral. As is the case with funerals, it was an opportunity to catch up with a lot of people I'd not seen for a long time - including the rest of her family with whom I'd spent so much time during our uni days, having sleepovers, sharing holidays, and at one point, Lizzie tried to set me up with her oldest brother!

In the ten years I've been back in Sydney, I've caught up with Lizzie most times I've been back to Adelaide, and she and Sarah spent a day with us when they were coming through Sydney after a cruise a few years back.

Lizzie lost her mother to lymphoma a few years ago, and then, tragically, her other brother Peter was taken by sharks off Port Lincoln. She and Richard, her oldest brother, spent many years wading through the quagmire of administration of his affairs, complicated by the way he'd died.

In all the years I knew Lizzie, no matter what experiences she was having, she had one of the most positive attitudes of anyone I know. A lot of that had to do with her Christian faith. That was certainly something that sustained her through some terrible losses over the last ten years. She was never one to complain, even when she may well have had every right to - it just wasn't her way. Even last year, when she called me to pick my brains because she'd been diagnosed with Rheumatoid Arthritis and was, as most people are initially, floundering in a stack of information and well-meaning mis-information, she was optimistic about getting the disease under control and managing still to live well.

I got to Adelaide towards the end of June to spend a day with her. She was having a reasonably good stretch at that point, and rang me in the week before to say that if things continued to be good, she was hoping to sing in a concert - she TOLD me it was a concert - with her choir in the morning, up in the hills, and would I be up for that and driving her? I said of course, and we lucked out and had a perfect clear and sunny Adelaide winter day for a drive up to Mt Barker. Only, it wasn't a concert - it was a full on Salvation Army service - THAT was an experience! But, Lizzie managed to sing her way through all the pieces, standing for every one. We headed back to her place for the afternoon, packing ourselves into comfy chairs to talk the day away.

I can't remember much of what we talked about, to be honest. It was lots of the usual inconsequential things we always talked about - our kids, our animals, memories from uni and other times. It was just a normal kind of afternoon for us... And in that ordinariness, just such a special way to remember her.

The world has lost an incredibly special woman in Lizzie. She was intelligent, sensitive, caring, beautiful, compassionate, loving and a loyal friend with whom I could pick up where we left off no matter how long it had been since we'd spent time. But those are just words. They don't do her vibrancy and sheer essence of life any justice at all. I am going to miss her terribly and visits to Adelaide will have a huge hole in them. Her funeral is going to be a gathering of our uni crowd like we've not had in a long time and it will feel awful not having her in the middle of it - although we will all be there for and because of her. My heart goes out to Corey, Sarah, Lydia and James, and her brother Richard who must be feeling very much alone.

Lichrono livracha, my dear friend, and may your memory always be a blessing.
Posted by Kaz at 21:35